Take a look at the most powerful news wins from across the globe.

In atheist China, printing of Bibles and other religious publications requires state approval. Bibles cannot be openly bought at bookshops in a country long criticised for intolerance of religion.

Cai Zhuohua, detained in 2004 and sentenced by a Beijing court in 2005 to three years in jail on charges of "illegal business practices", was released on Sept. 10, U.S.-based China Aid Association (CAA) said in a statement.

Cai had returned home and was described as "in good spirits", CAA said.

China has about 40 million active Christians, with their numbers evenly divided between state-run and underground churches, according to expert estimates.

In March, the Protestant vice principal of a Chinese Communist Party training school in Baoding, a city in Hebi province neighbouring Beijing, was expelled from the Party and demoted for organising a Bible study session. 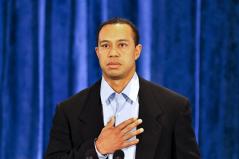 But no date for his return to competition.  Full Article | Video

Not out of the woods yet with sponsors
Slideshow: Fall of the Tiger
Mixed reaction to Woods' statement
Factbox: The golf career of Woods
Commentary: A wounded superstar 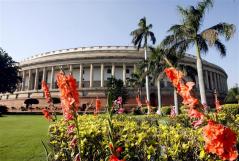 Blog: Sailing solo around the world

Survey says the Net will make people smarter in a decade.  Full Article

"Honey" was the surprise winner of the Golden Bear for best picture while Roman Polanski claimed the director prize.  Full Article | Related Story

A gay U.S. couple get a baby through surrogacy in Hyderabad  Slideshow | Video

Video
Many killed by floods in Madeira

Video
Recession for industry over: Sharma

Video
Include Kashmir in talks: Mirwaiz

Video
Rangarajan on inflation and growth

Up to 25 bln euros in aid mulled

Virender Sehwag displaces Gautam Gambhir at the top of the official rankings for test batsmen following his double centuries against South Africa in the recent series.  Full Article | Slideshow